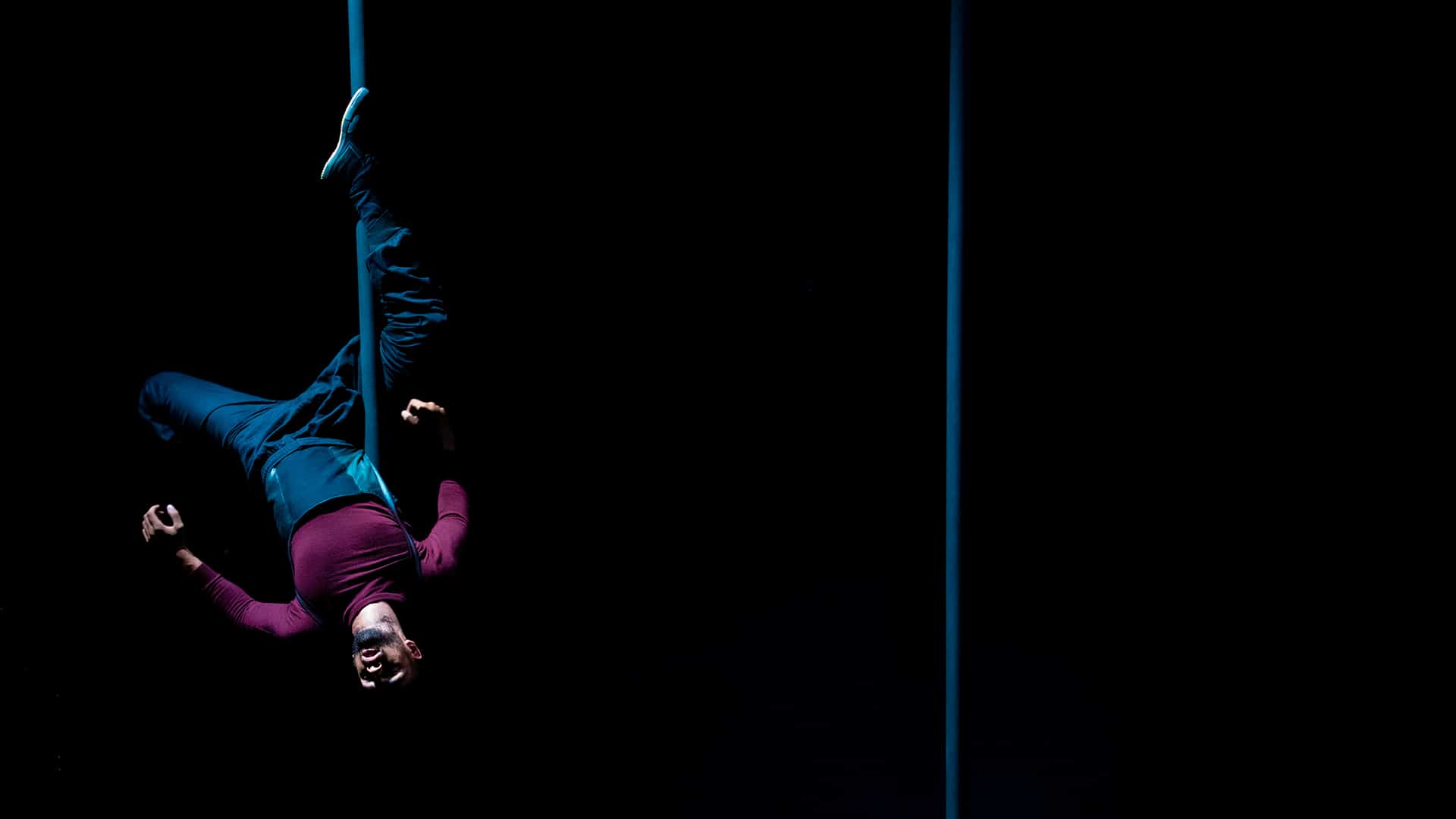 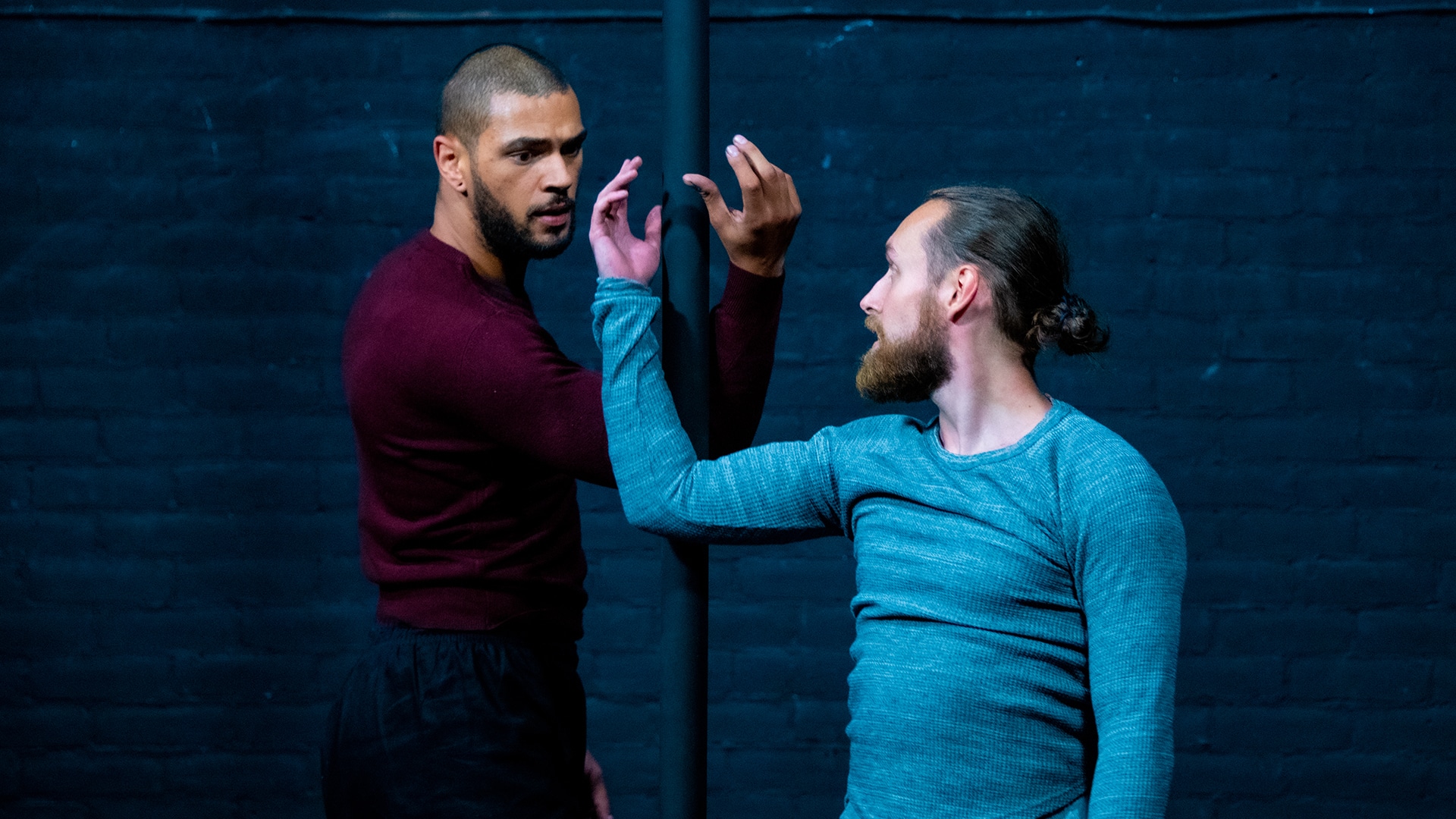 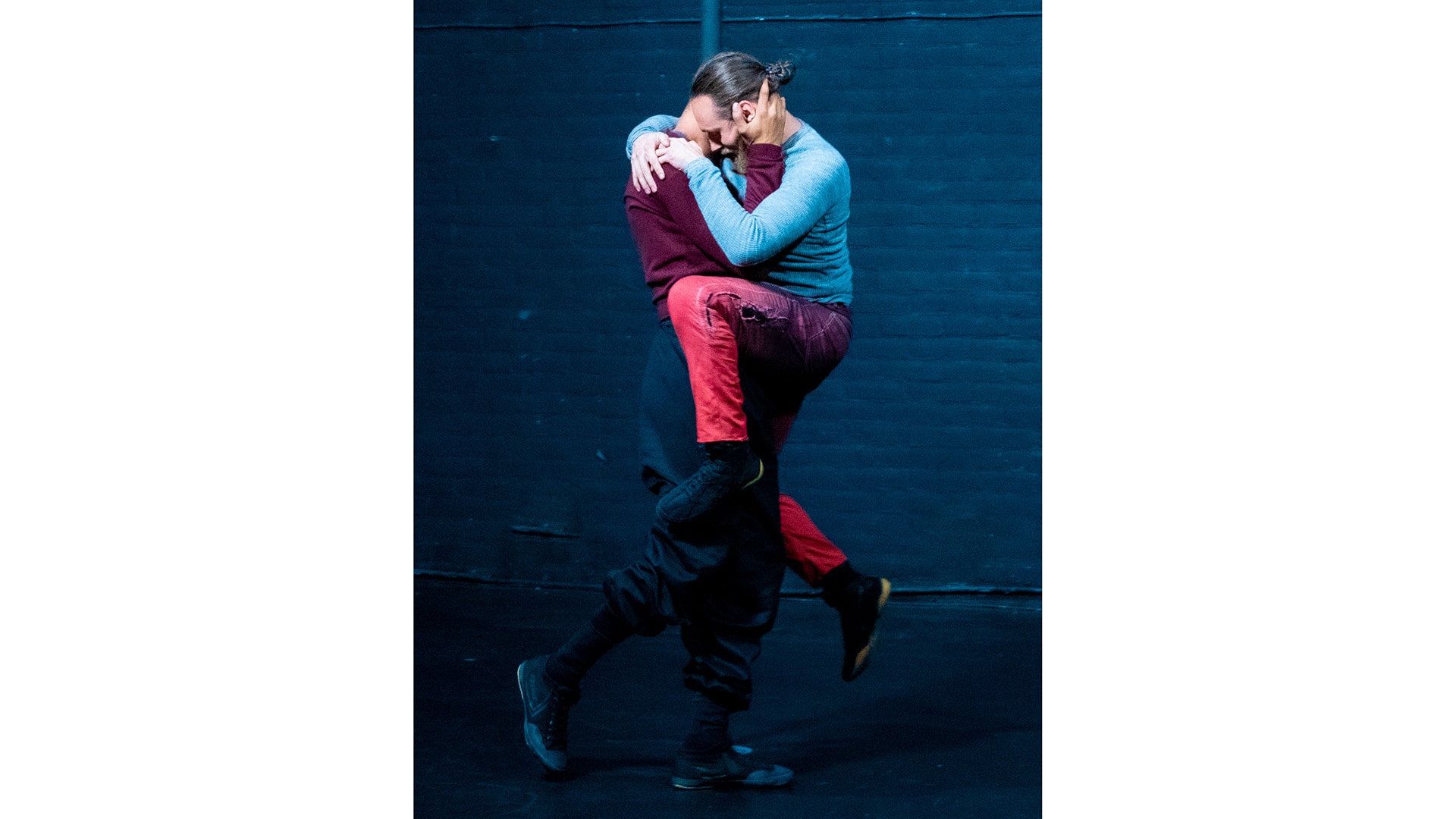 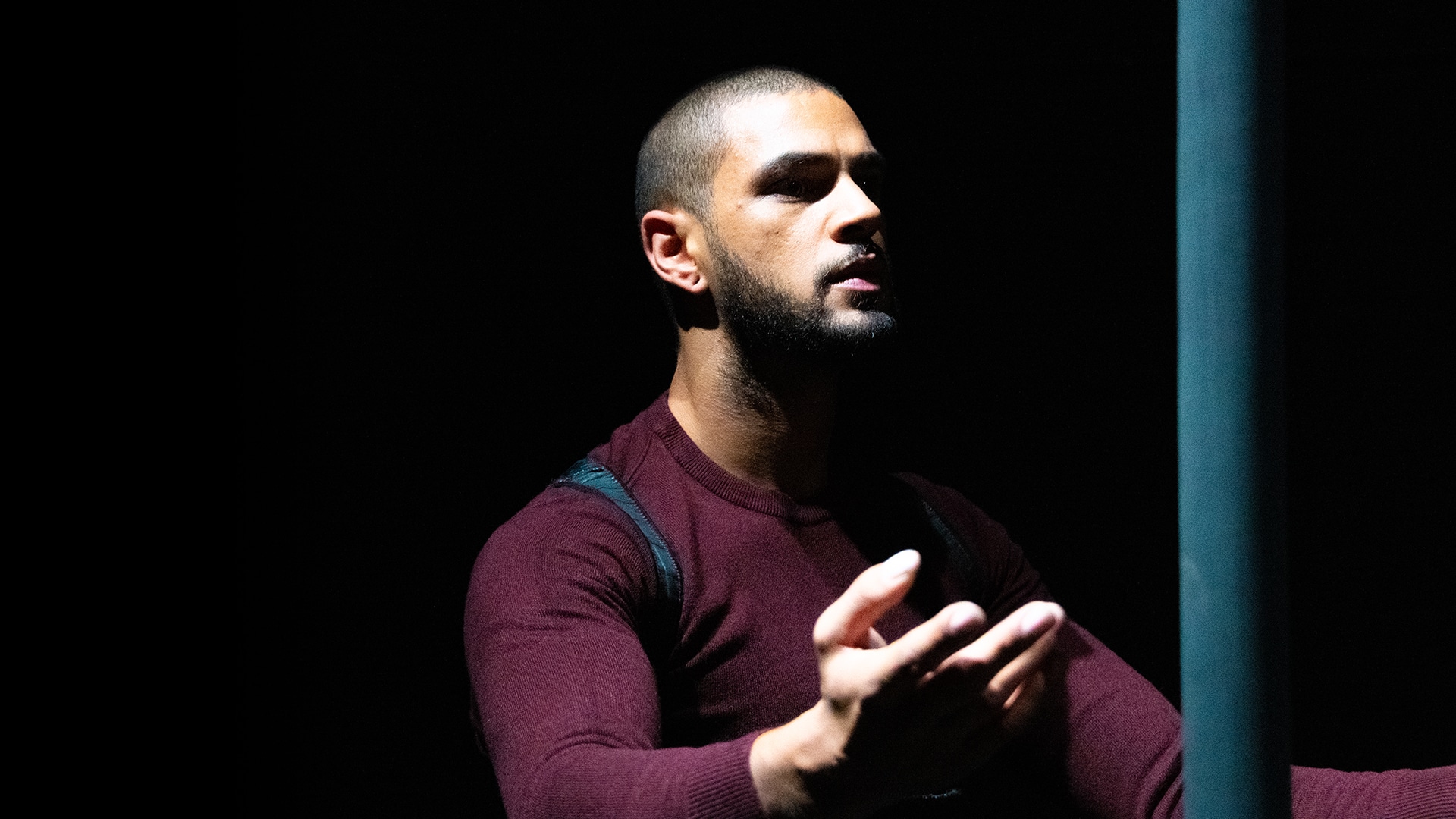 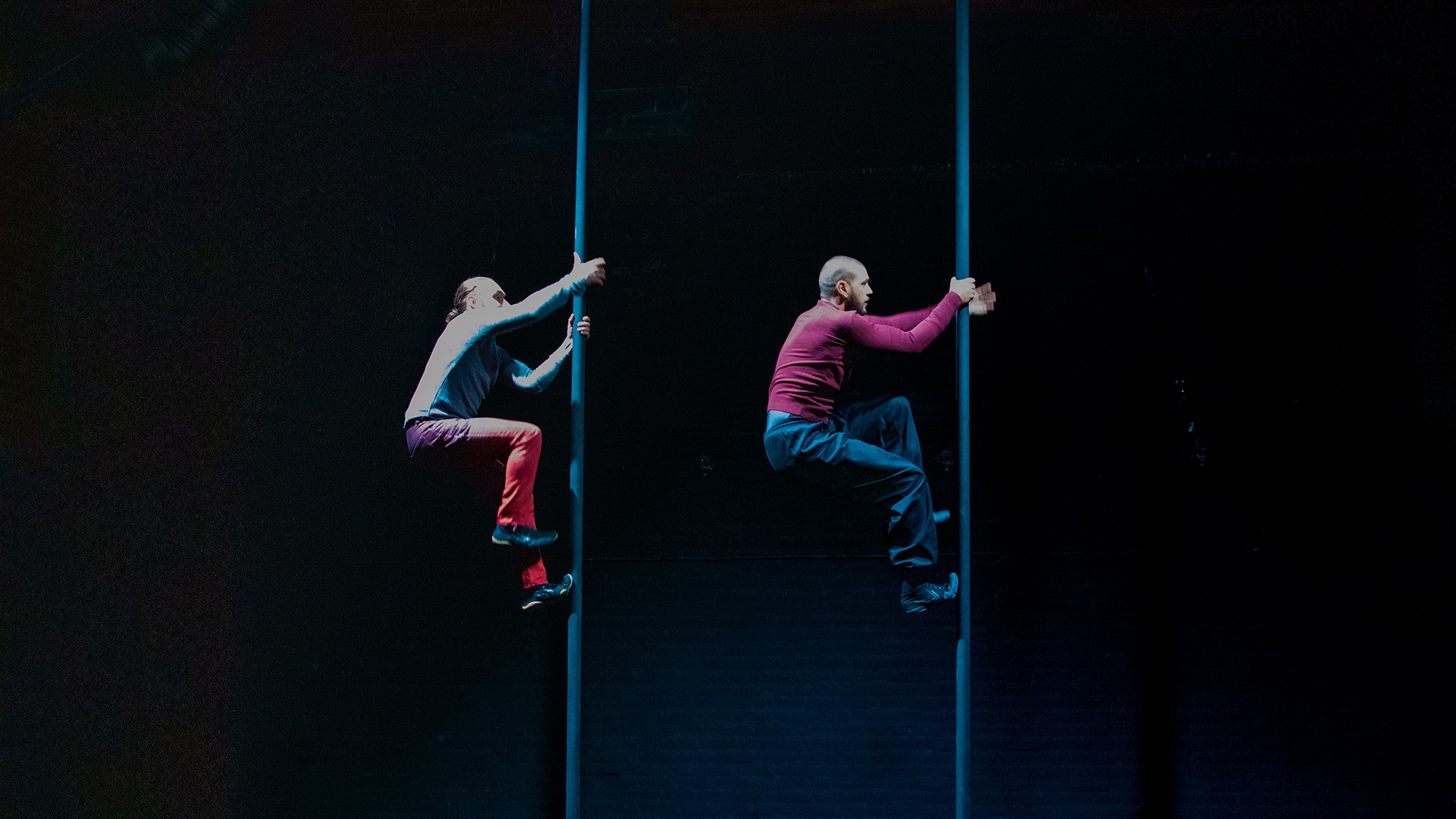 The Chosen Haram deals with themes around sexuality, faith, addiction and connection. It tells the story of two queer men and their chance meeting through a dating app, portraying the highs and lows of their relationship and the barriers they face, both social and cultural, in seeking happiness and personal fulfillment.

“One of the Top 5 circus shows of 2019… a cross-cultural romance that takes in the literal highs and lows, difference and gravity-defying synchronicity” The Stage

Co-creator and performer Sadiq Ali was born and raised in Edinburgh. Trained at the National Centre for Circus Arts, he has performed with Ockham’s Razor as well as developing his own work. Actor and circus artist Hauk Pattison has appeared in productions at the National Theatre and RSC, and in films including Notes on a Scandal.

“Performed on two Chinese poles, The Chosen Haram is an intimate and honest portrayal of a love between two men from different worlds” WhatsOnStage

The Chosen Haram has been developed with residencies in Scotland and with the support of Jacksons Lane.

Content warning: May include scenes of a sexual nature and drug use and images that people may find upsetting. May contain strobe or flashing lights